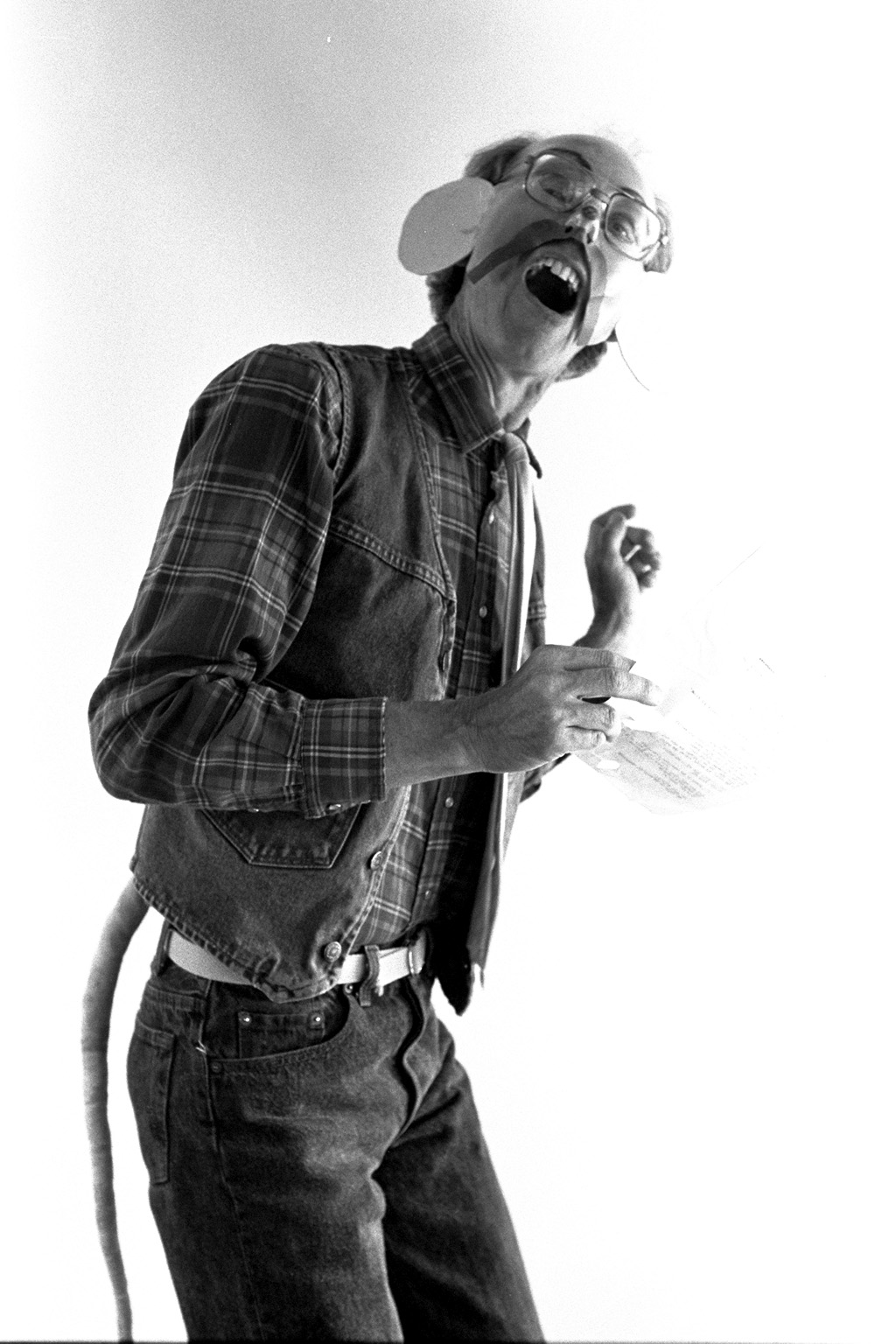 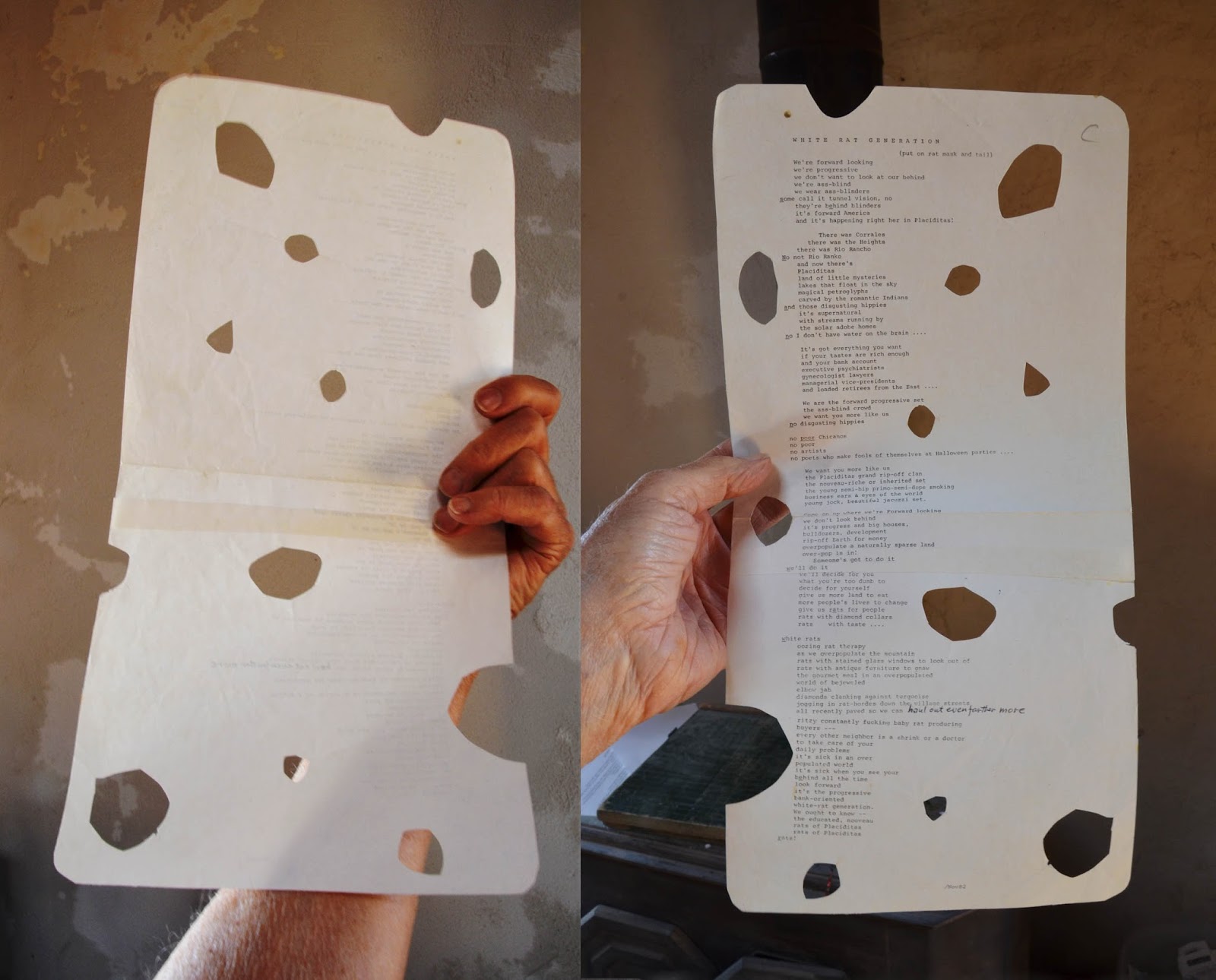 Text of poem, for reading aloud, back (audience sees) and front. 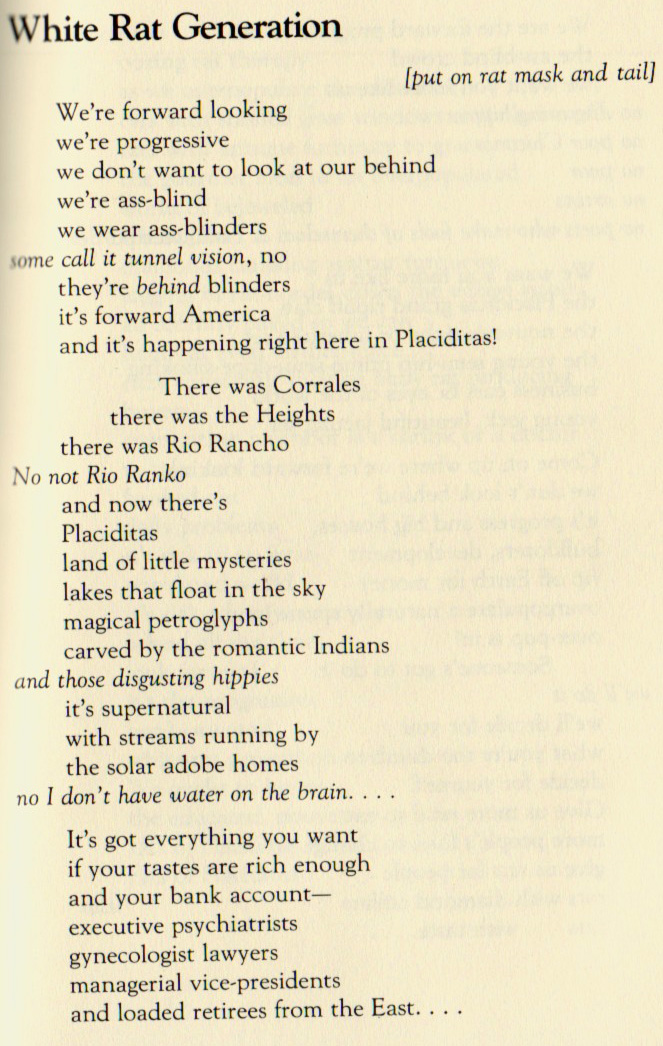 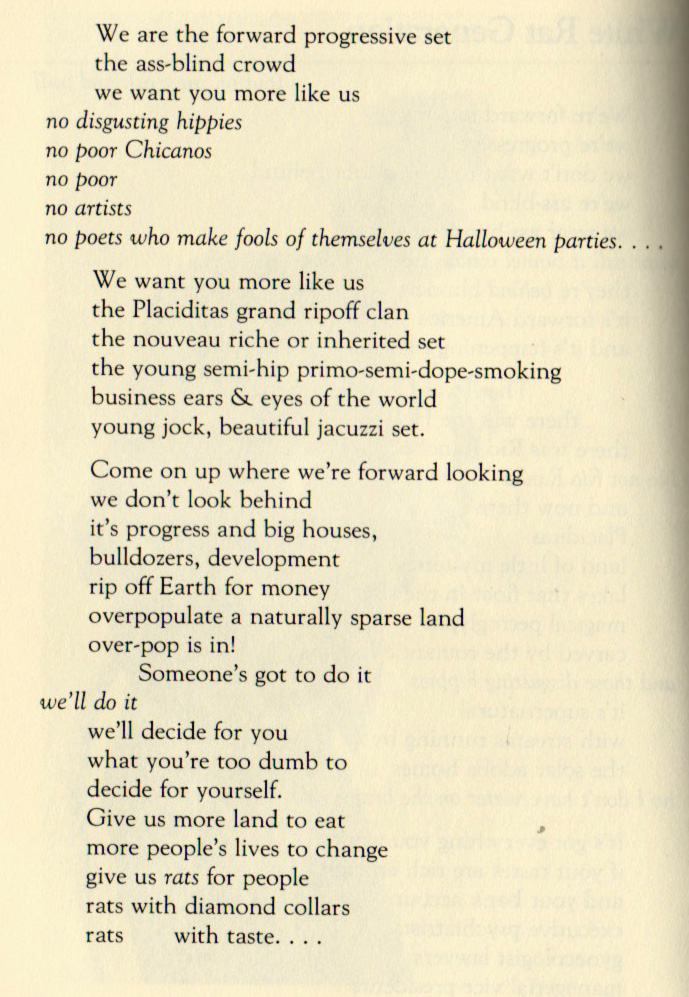 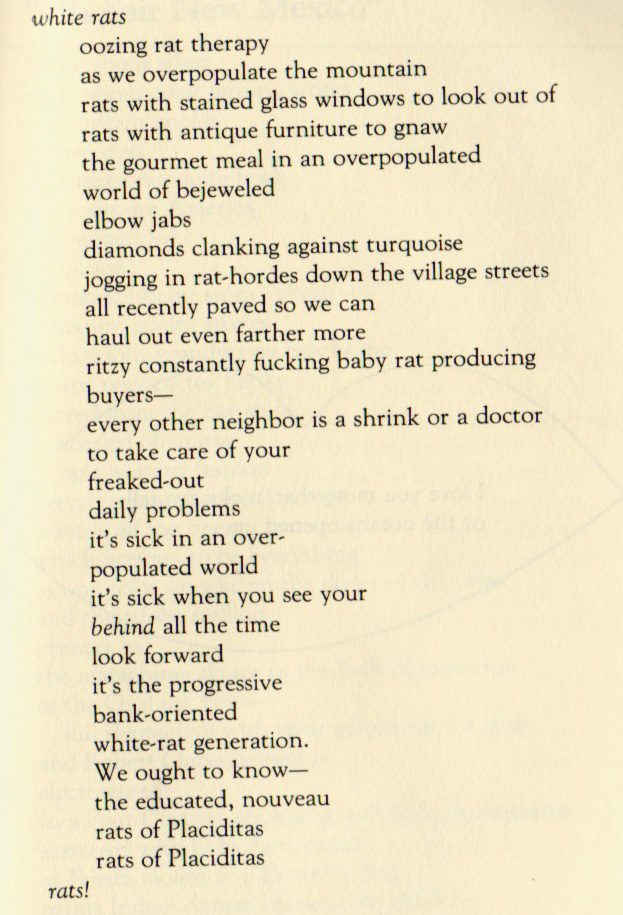 This poem came out of the intensified development and house building that picked up in the late 70's and became an onslaught in the 80's. For those of us here much earlier and used to the snail's pace change in and around the Village of Placitas, this feverish land grab and rapid development was a living nightmare. I read this poem whenever and wherever I could . . . once in front of some realtors involved in all this. It was all I as a poet could do living through the yuppie phenomenon and the Reagan years . . . thanks to Lenore for doing this "Thataway" print . . . always appreciative, lg. 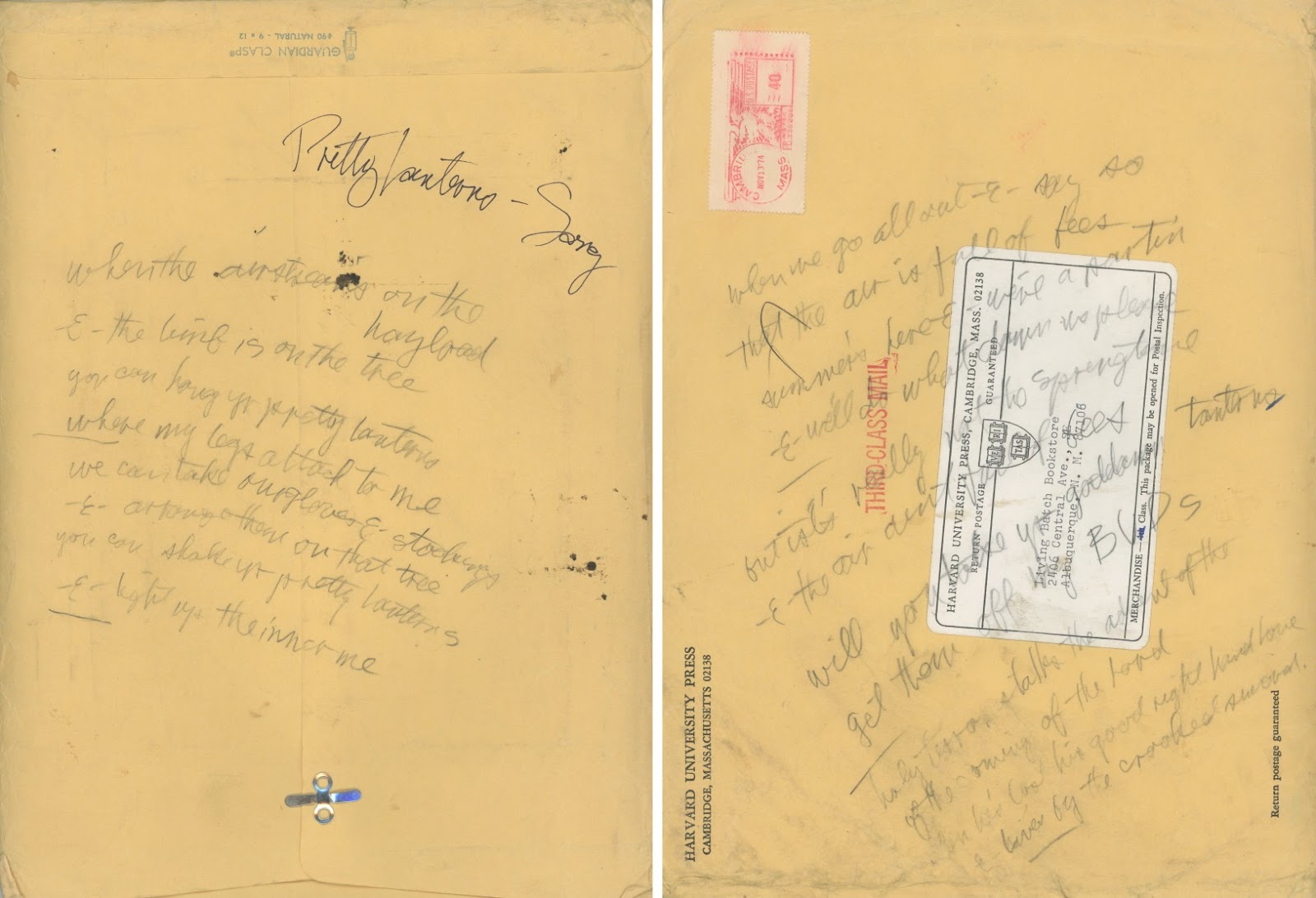 but it's really not the springtime
& the air aint full of bees
will you take your goddamn lanterns
get them off my BVD's.

Curiously, for me, I just this minute discovered on the envelope
these lines following the song.

Holy terror stalks the advent
of the coming of the Lord
when he’s lost his good right hand love
& lives by the crooked sword. 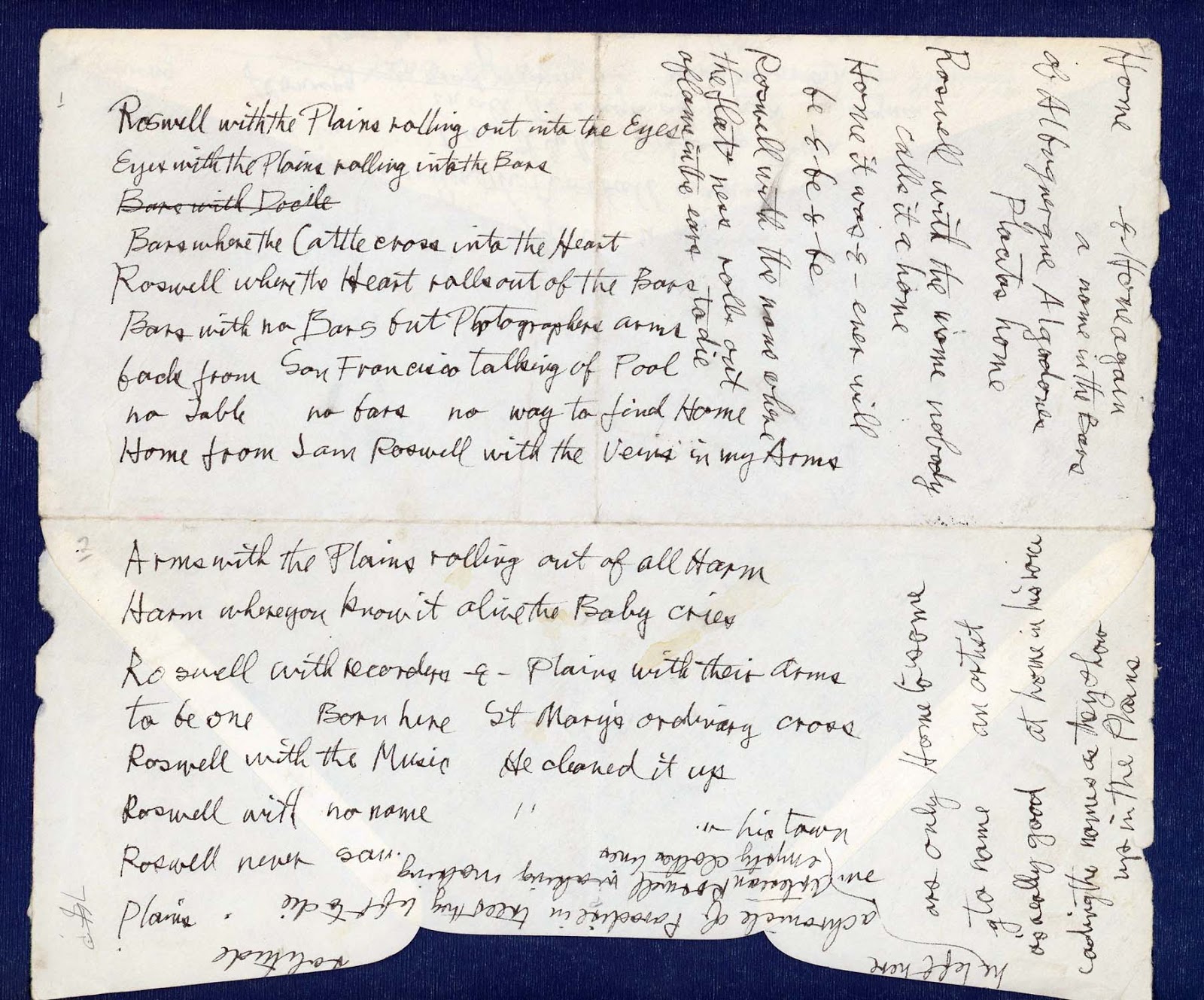 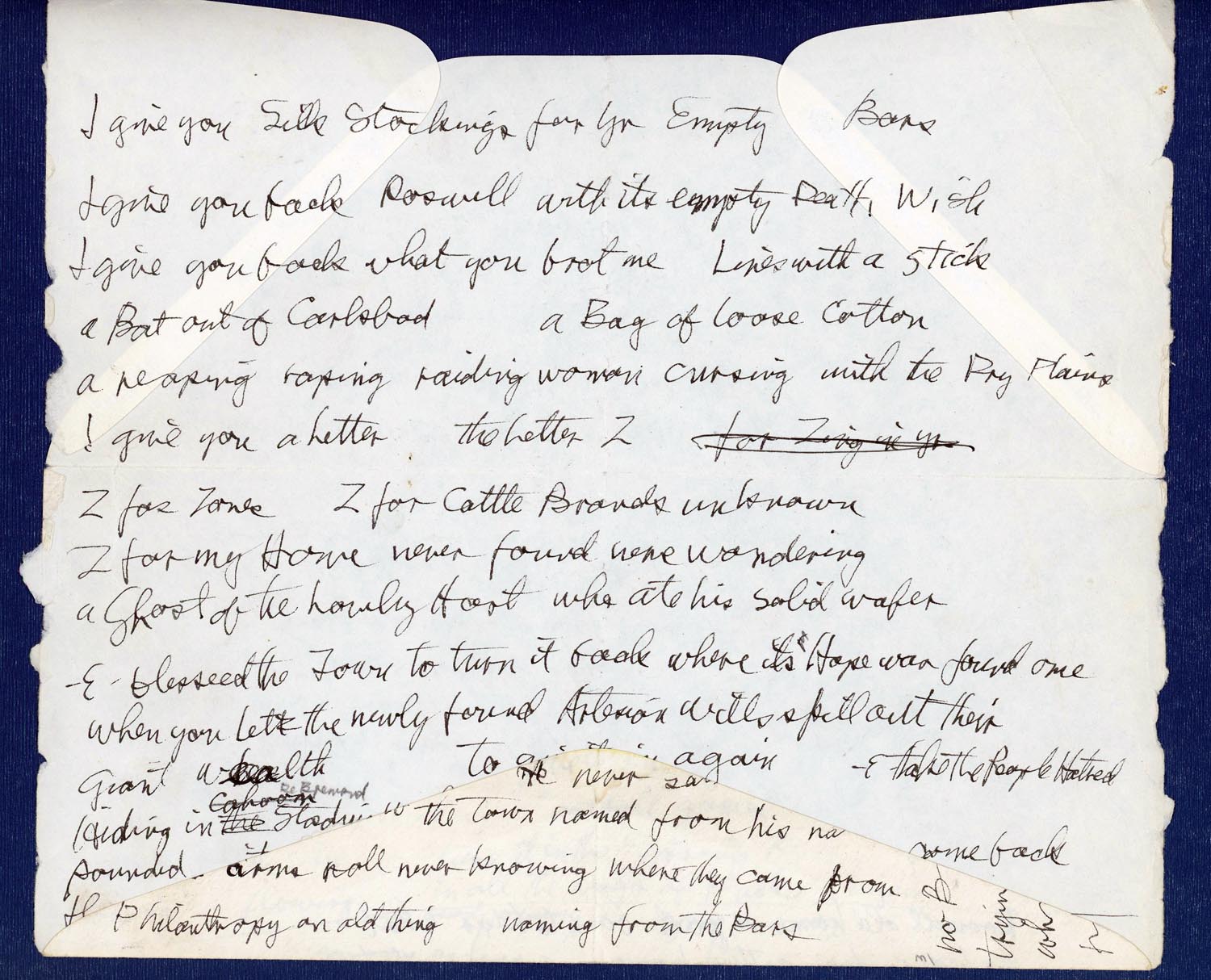 I give you Silk Stockings for Yr Empty   Bars
I give you back Roswell with its empty Death Wish
I give you back what you brot me   Lines with a Stick
a Bat out of Carlsbad   a Bag of loose Cotton
a reaping raping raiding woman cursing with the Dry Plains
I give you a Letter   the Letter Z
Z for Zones   Z for Cattle Brands unknown
Z for my Home never found never wandering
A Ghost of the Lovely Host who ate his Solid Wafer
& blessed the Town to turn it back where its Hope was found once
when you let the newly found Artesian wells spill out their
Giant wealth   to give it in again   & take the People Hatred
Hiding in DeBremond Stadium where the Football games
pounded   it in   turn it in the Spring River   come back
flowing   flowing   in all the ways of fuck     again. 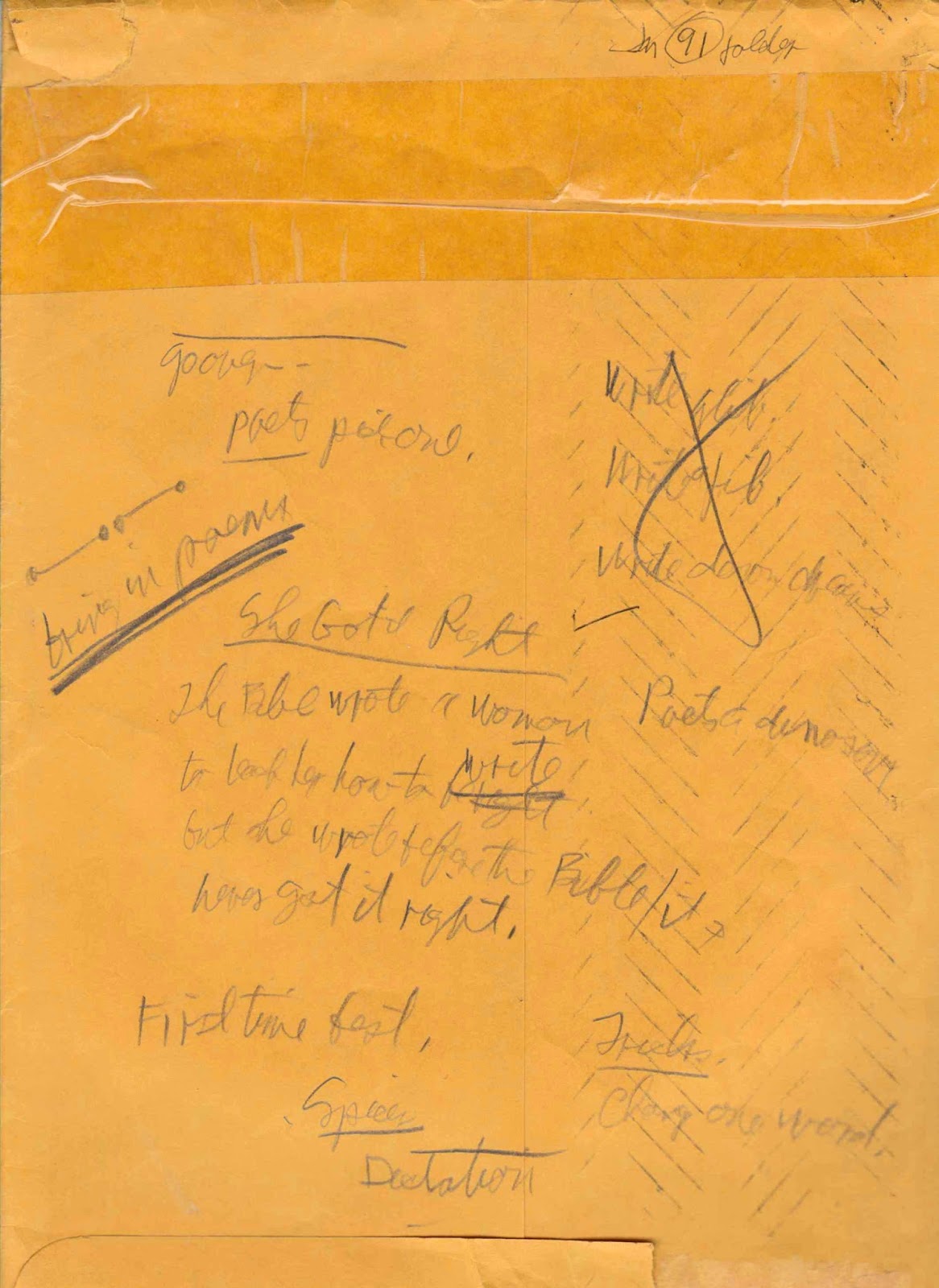 She Got It Right


The Bible wrote a woman
to teach her how to be right*
but she wrote before the Bible
it never got it right.

*"write" I wrote in but I prefer original
which is on an envelope from Eileen Myles. 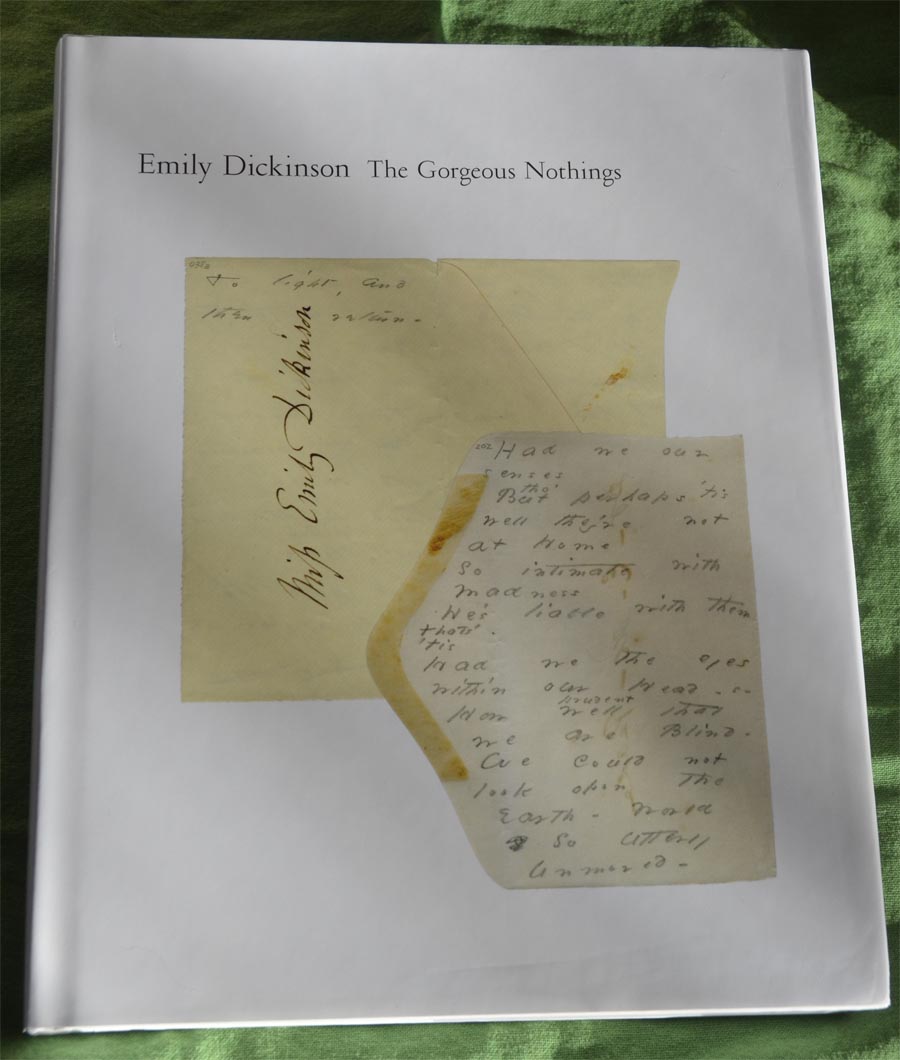 Today I received the incredibly beautiful and precious book of Emily Dickinson's envelope writings, each envelope whole or scrap of it carefully photographed with the typed text provided, from New Directions & Granary Books & the benevolent Steve Clay, The Gorgeous Nothings, by Dickinson, an amazing display of creativity in the act put to convenient paper . . .

this gift generated this putting together a few things: the "Roswell" poem is somewhat important to me having been a spontaneous act on a visit to my home town when at a party in the artist Wendell Ott's home, the poem started and I had to find an unoccupied room and tore open an envelope to write on . . . when I've read this to a younger audience I've, against my heart, substituted "fuck" for "love" but the original, as almost always, has the say . . .

in making my work presentable (on computer and printed out) I am constantly going back to the originals in the notebooks or, in earlier years, folders by year . . . as that first take in time and place allows little or no change in a different time and place since that would be contrary to the impetus, at least for me . . . I've spent too many years beating the dead horse of my uninspired poetry trying to whip the dead into living, a hopeless and exhausting and wasteful task . . . thank you Robert Creeley for giving me the hand up and out and into my own voice and possible unpretentious expression . . . the sounds can go deep and wide when true, true to one's cooperative self.

for That's A Poem  which was written on napkins in a hamburger place in Shiprock, New Mexico, please see That's A Poem, from Napkin to Printed Page.