I was invited to Shiprock at the Navajo Community College to talk to Robert Hurley's journalism class and read my poetry to a very responsive audience of mostly Diné . . . in the morning I had breakfast at the THATSABURGER and while sitting there entered the dreamy world of paradise (it seemed) and wrote this poem on napkins . . . (the typed text follows the napkins) . . . 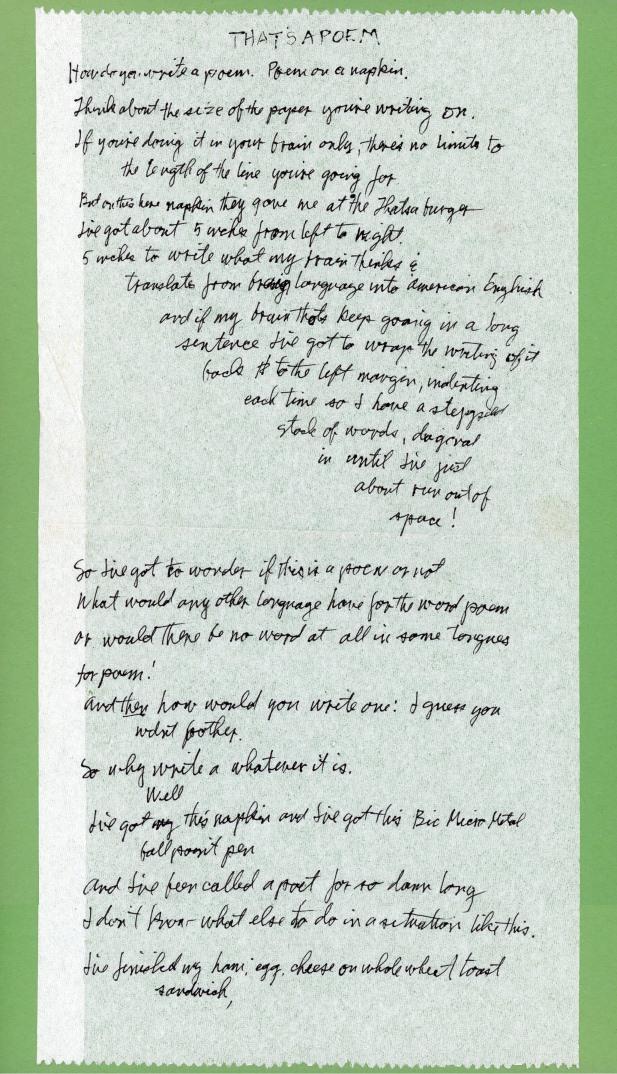 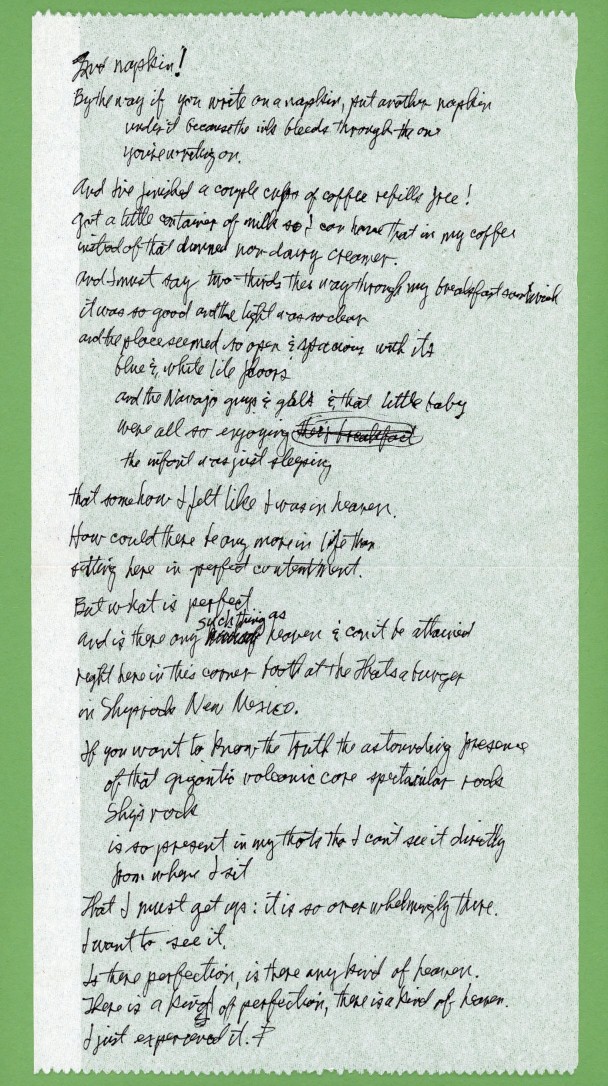 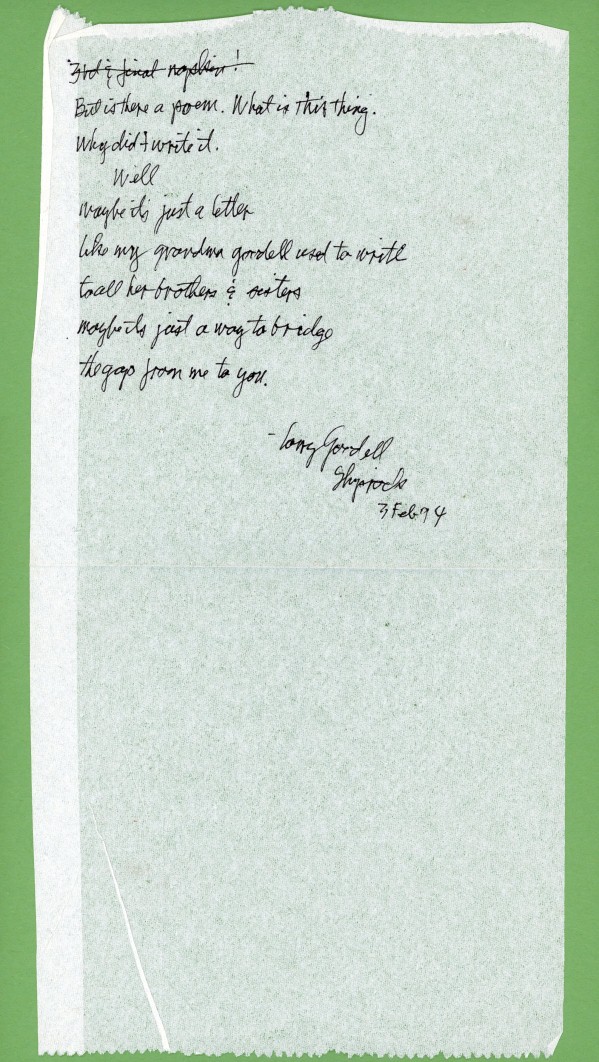