D.A. Levy Reading in Cleveland: BERET: a concrete poem for the war monuments 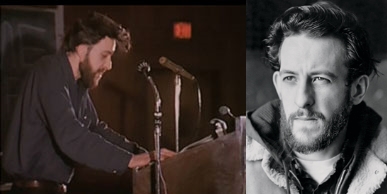 The Cleveland Memory Project makes this 58 second video available. It's a bit difficult to hear clearly so I include the text (much longer than the recording). Here is the text of the poem which is available on the Cleveland site. The recording is only of the very first part .

"This clip was edited and digitized from a newly discovered 16mm film segment originally shot by Dennis Goulden of Cleveland's WKYC-TV's vintage television series Montage as he and his crew captured scenes from the counterculture/hippie movement of the late1960s." 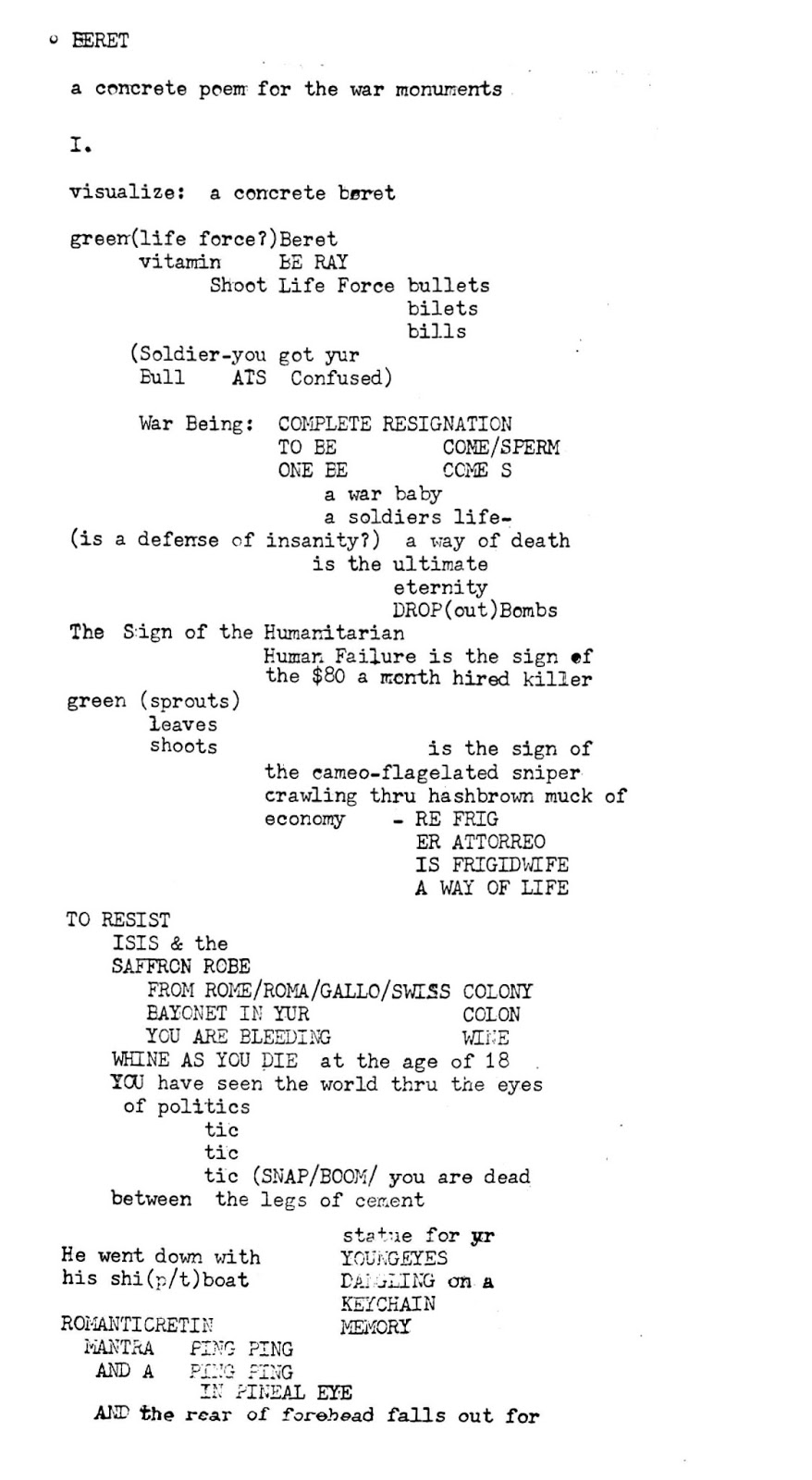 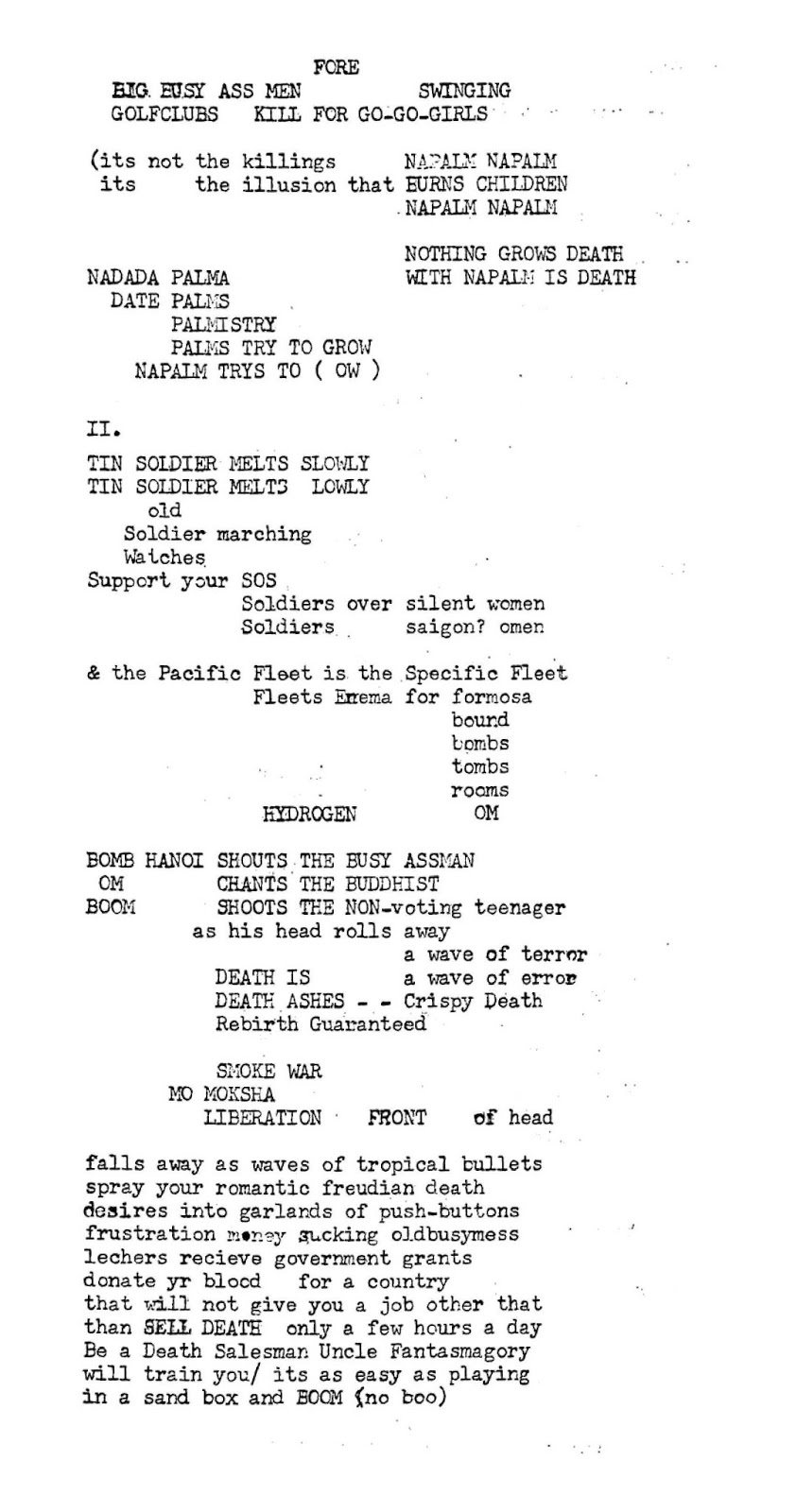 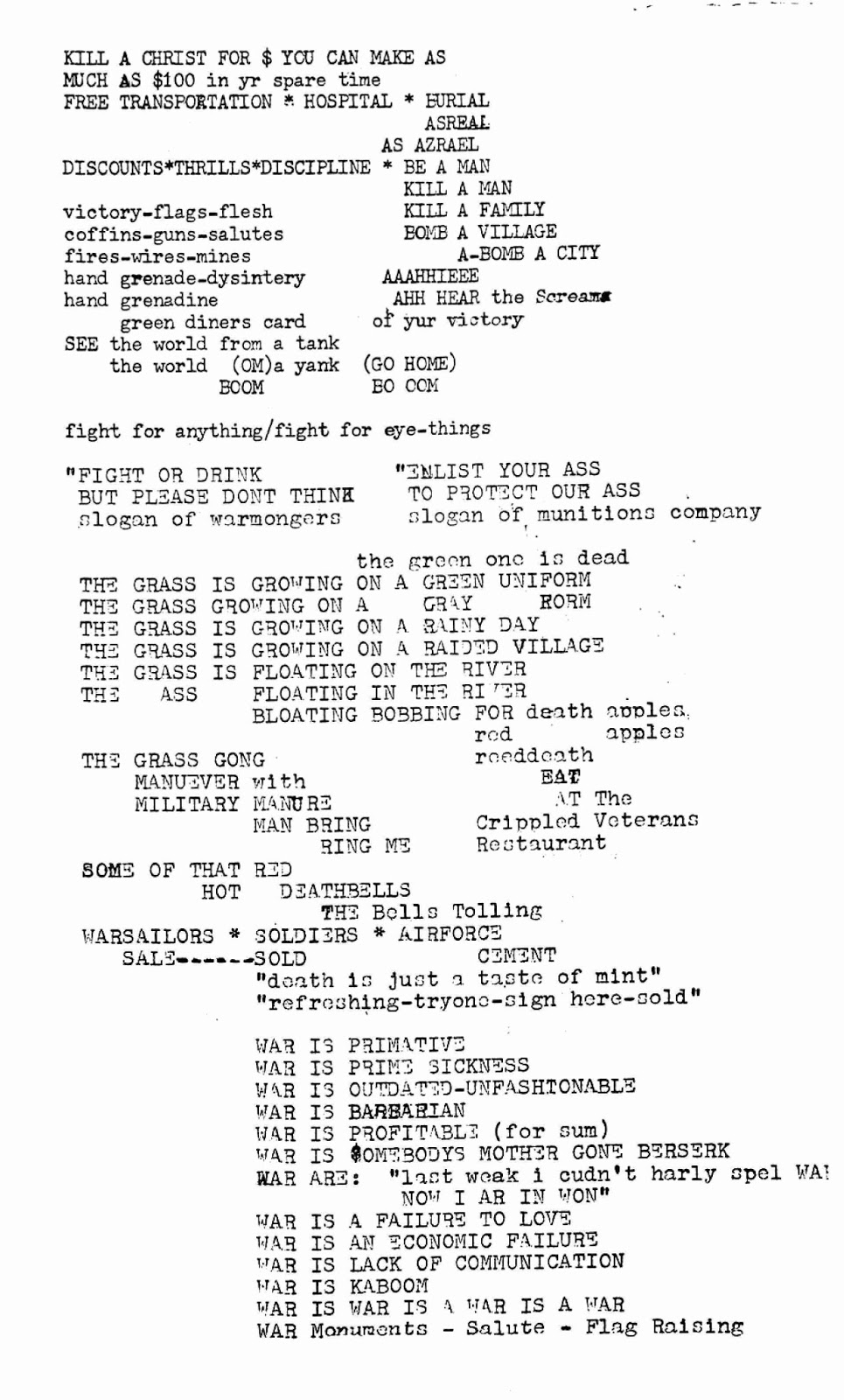 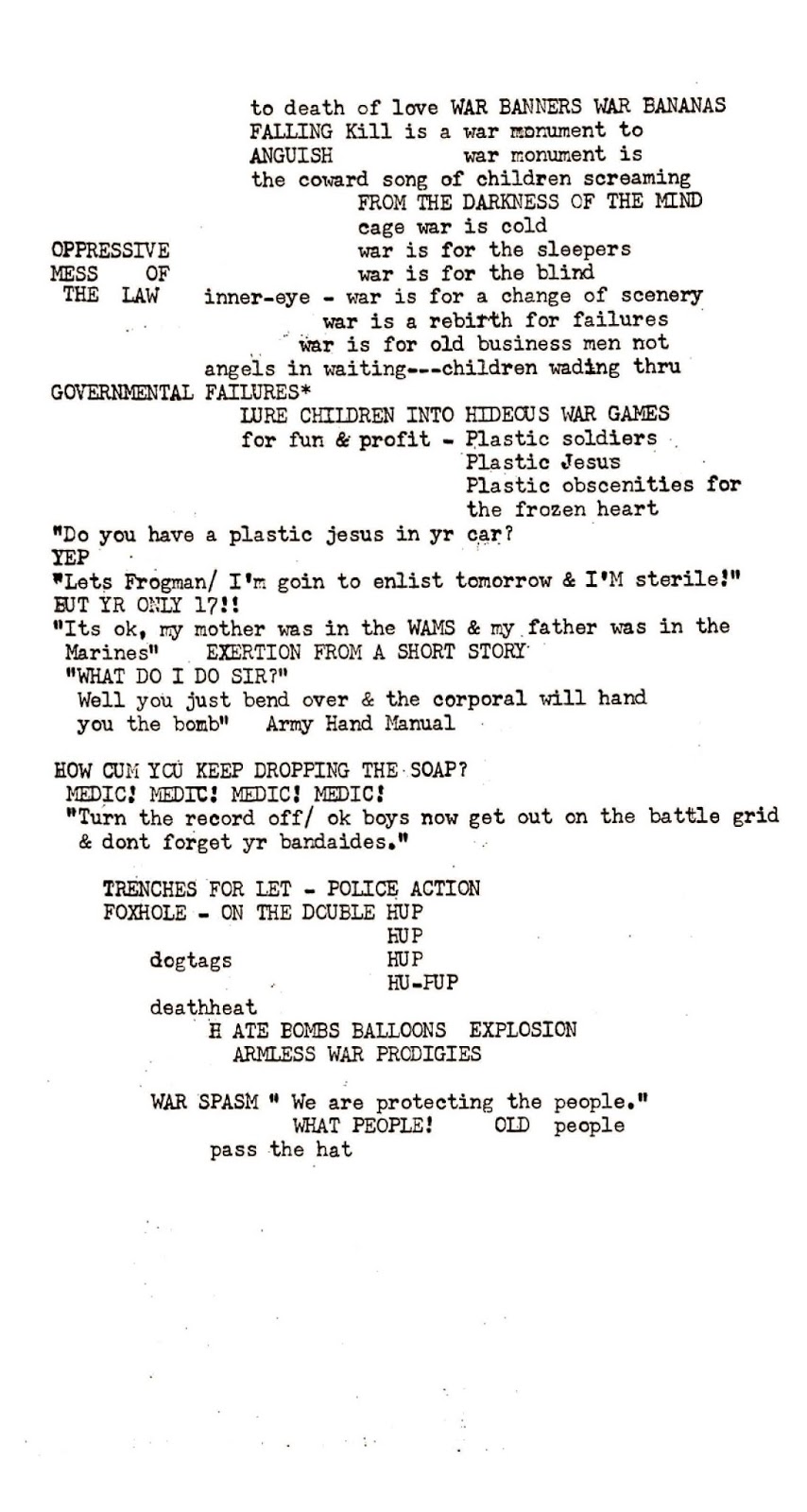 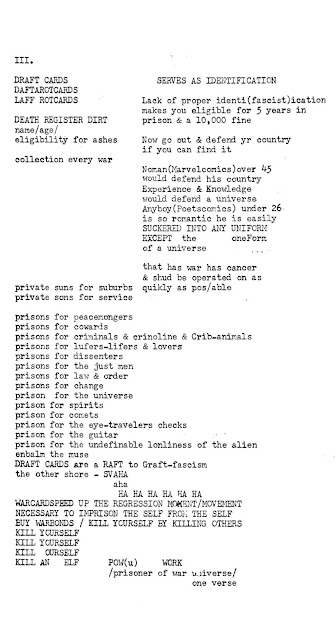 Many thanks to the enterprising and dedicated Cleveland Memory Project for making Mr. Levy's work available. The diversity of both his poetry and his remarkable hand done publications was a great delight to me during the years I was exchanging publications with him and sending my publications to Jim Lowell's historic Asphodel Book Shop in Cleveland.
larry goodell / placitas, new mexico . . . links to my online work
Posted by Larry Goodell at 4:13 PM No comments: 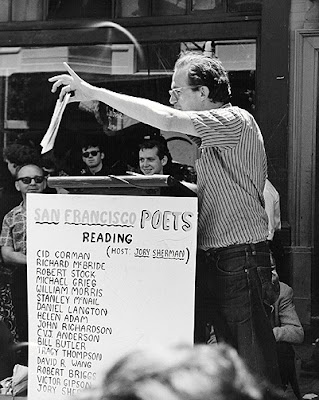 Cloud House by Richard Hack is a good quick survey of Cloud House history. Here is a photograph by C.R. Snyder from the article, 1959 open reading. (What I wouldn't give to see and hear Helen Adam, but in '59 I was still discovering what was going on in the open vitality of American poetry.)

A letter with flyers from Kush of Cloud House 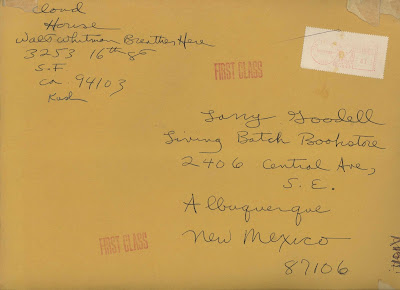 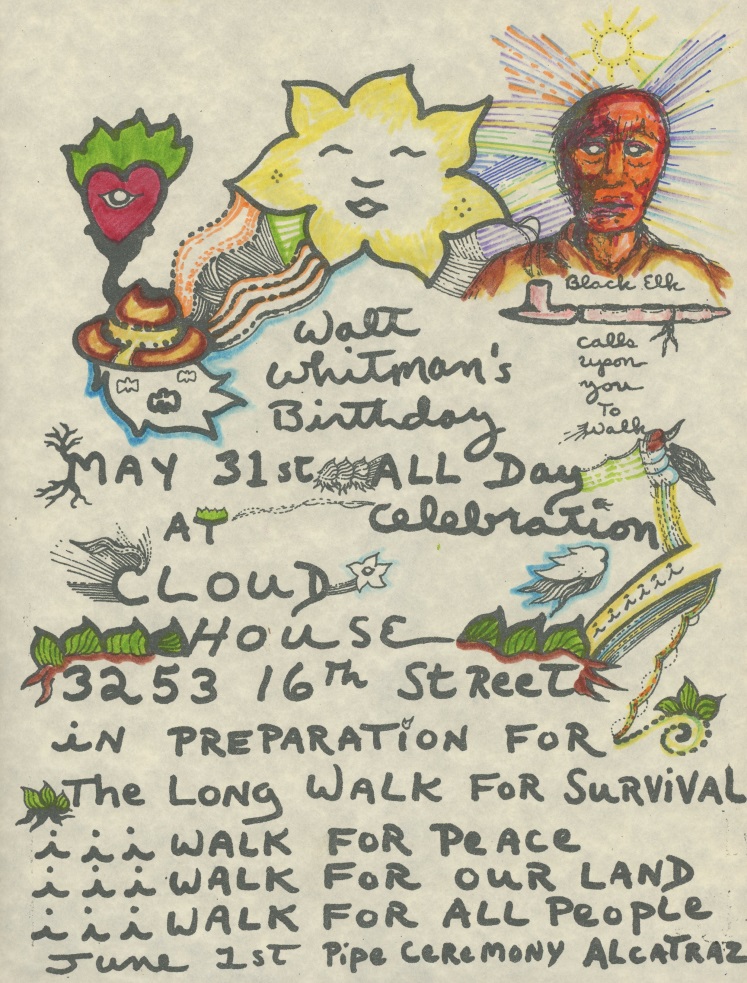 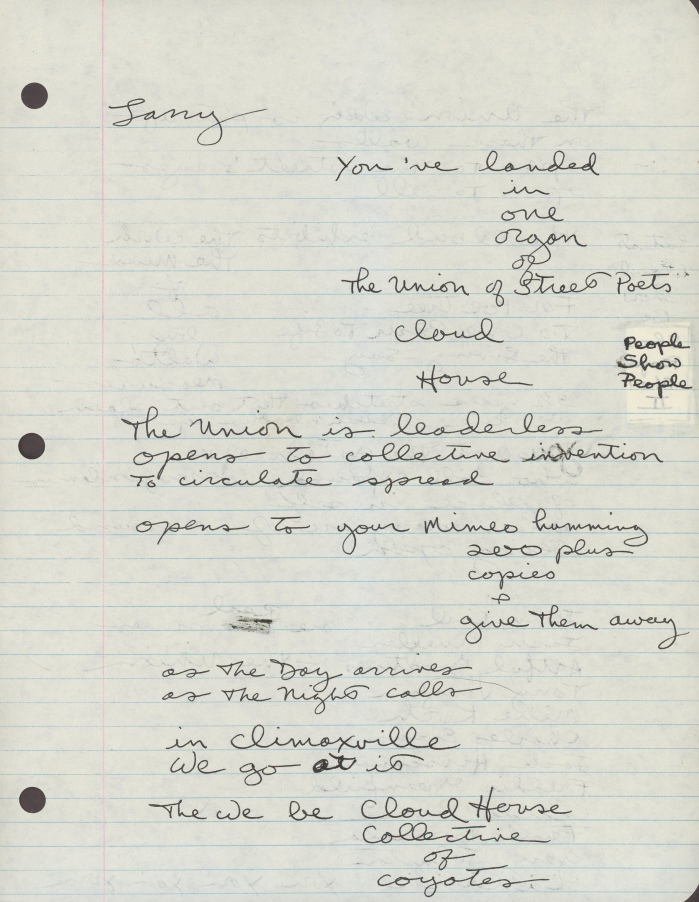 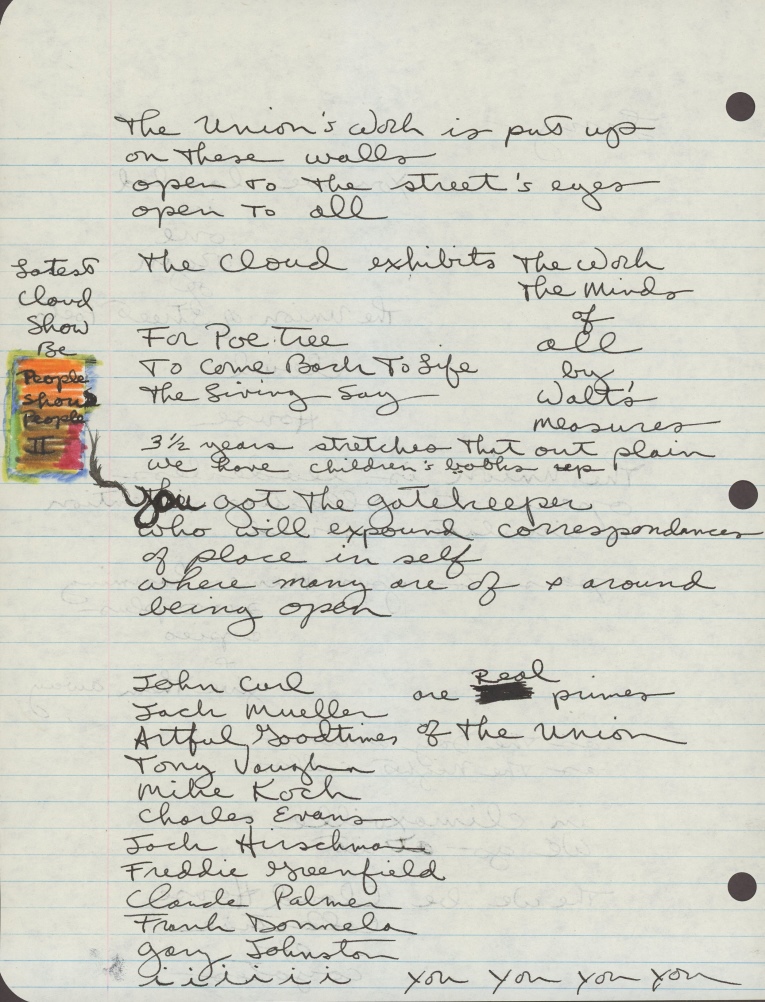 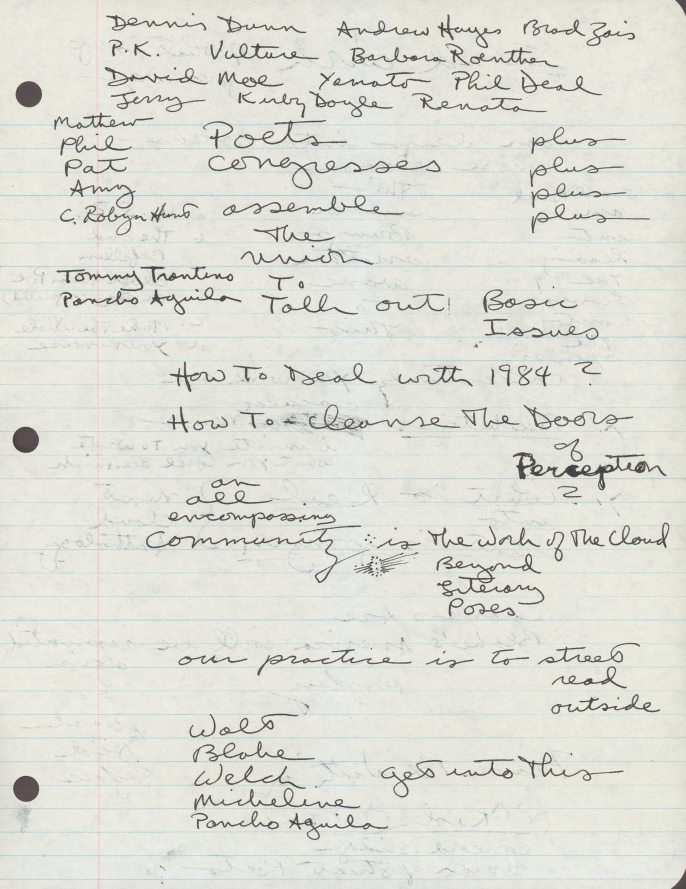 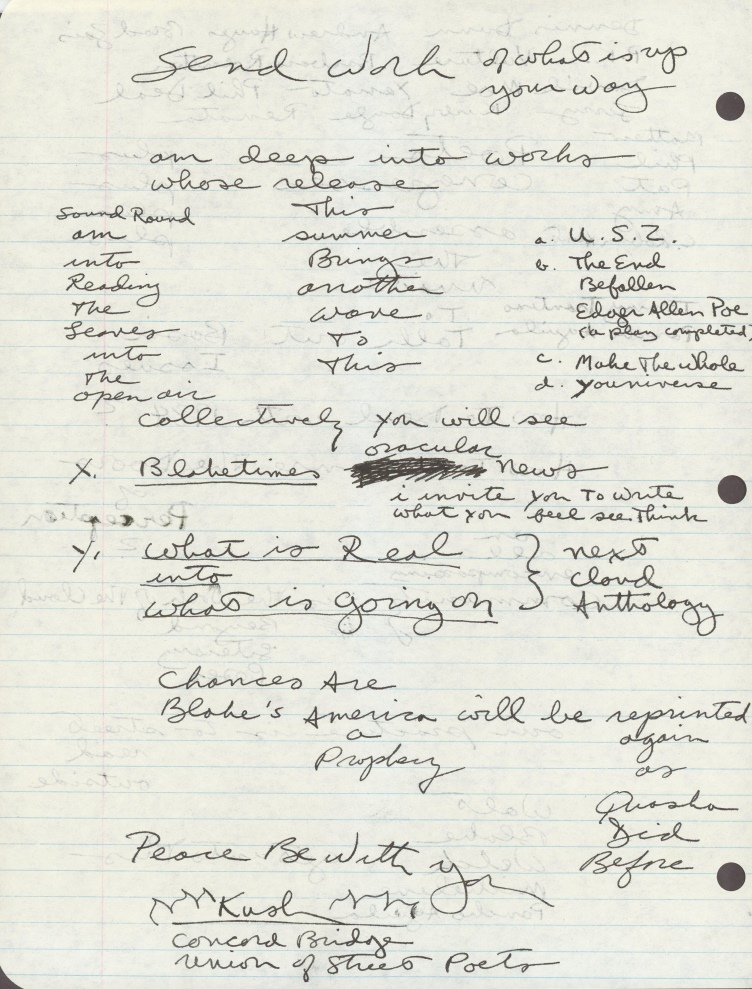 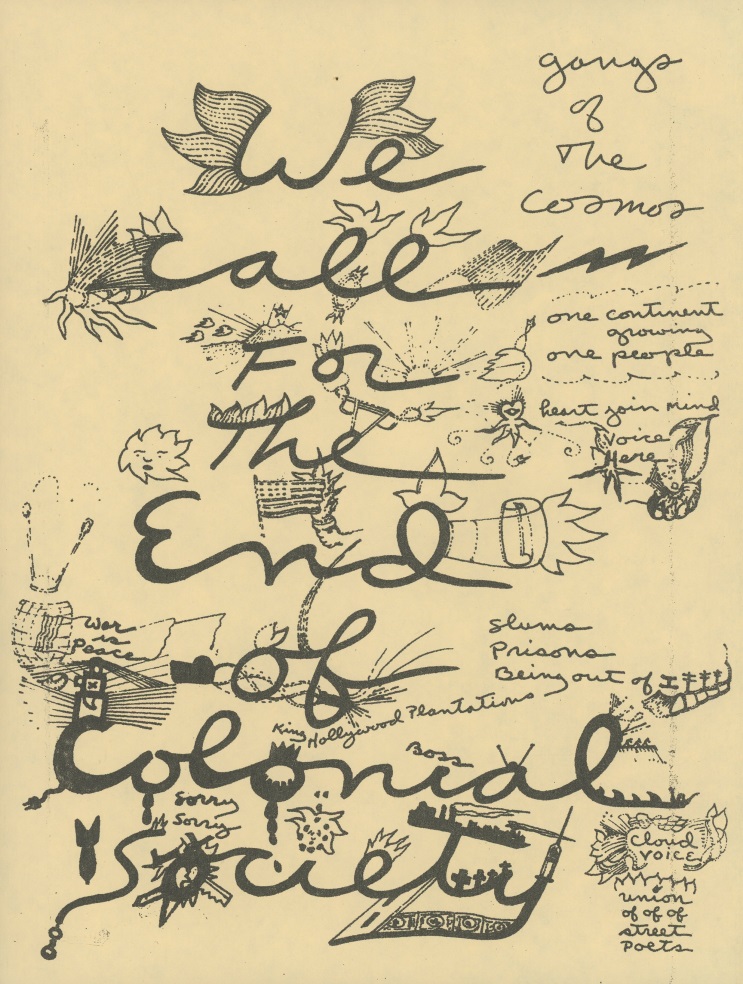 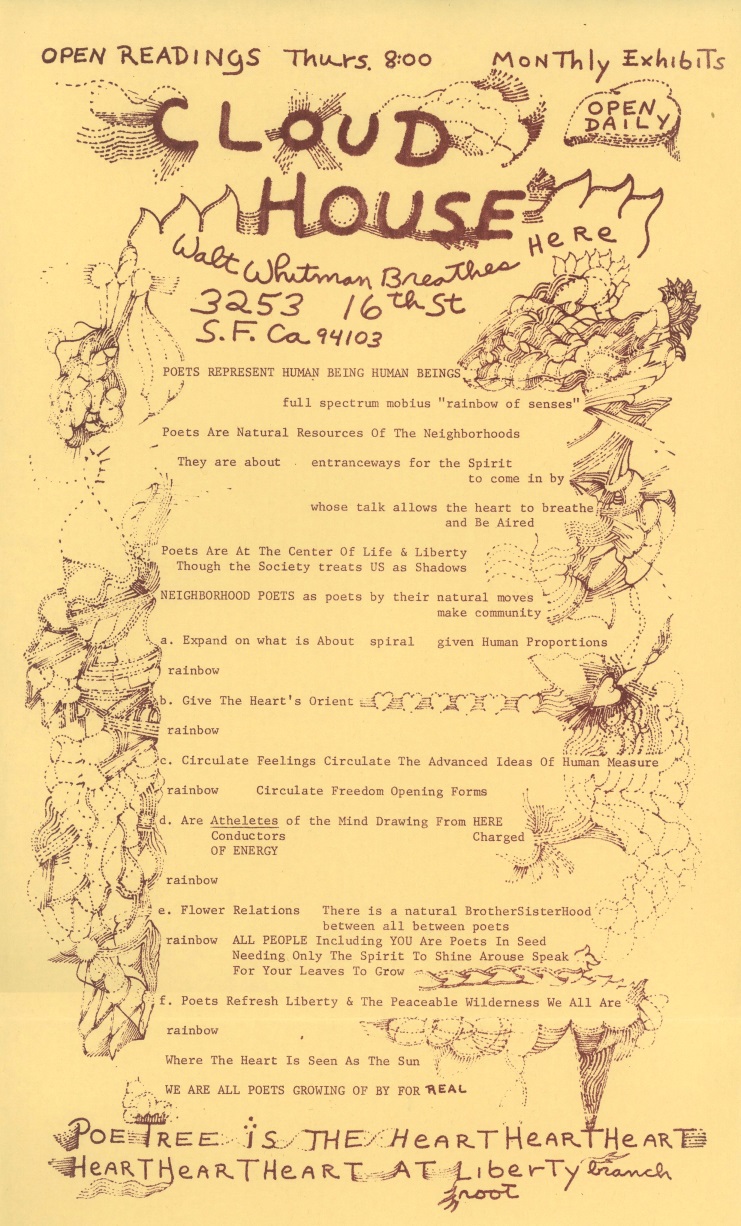 Kush generously video taped a reading/performance I did in San Francisco when Marge Nesset was setting up performances there billed as "New Mexico Performance Poet & Wily Troubadour" (Loft Theater, San Francisco, March 6, 1991). If this video is around there was a piano there, very rare for me . . . Steve Rodefer was there with a new friend, Lenore was there and just about nobody else, but the poetry event proceeded . . .

Cloud House Poetry Archives is essential to see with videos . . . from Penn Sound. Many thanks to Kush for your life of spurring poetry on and recording it. Kush is a Saint, yes, Saint Kush.