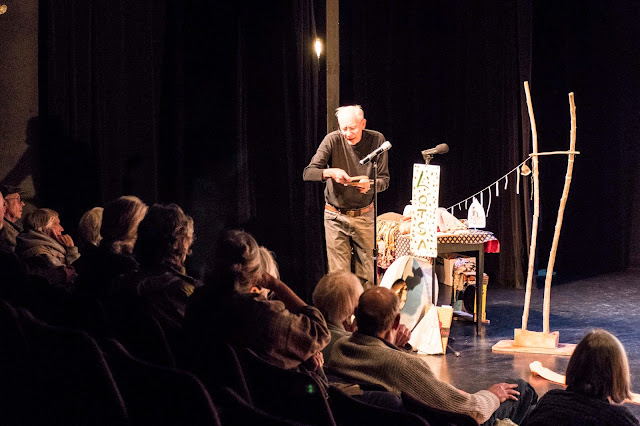 Photographs by Jim Burbank of my poetry event at Very Special Arts in Albuquerque.

People don’t realize the ritual dharma behind what I do.
Nor should they if there is a reasonable modesty on my part.
There is the life dialog between the supposed presence and myself.
There is the pressure to be unique that any artist feels
and the lonely path where imagination gets its way.
There is no single way to present 360 degrees,
thus handmade objects, masks, costumes, levels of presence,
the sound of the voice following the lead of where to go.
And music sustains, speech music, assonance and internal rhyme,
rhythm of the heart beat and the guttural beat the Anglo Saxon base
with whispers of the French and intelligence of the Latin.
And the overriding drive of the American
demands 360 degrees, 3-D words to follow the seasons
and the human attack on them. What goes on behind the scenes
stays behind the scenes. What goes on in front stays in front.
Thus the 3 ring circus becomes one ring and not a circus, but a
life of limited discovery & magic ants in the pants.
That glow that every prism sends out in sevens and more.
That dance, that prance, that single stance where the vocal
is queen to the king and the king perhaps is only a presence or just
a subject of the realm. Larry Goodell / Placitas, New Mexico / 2009 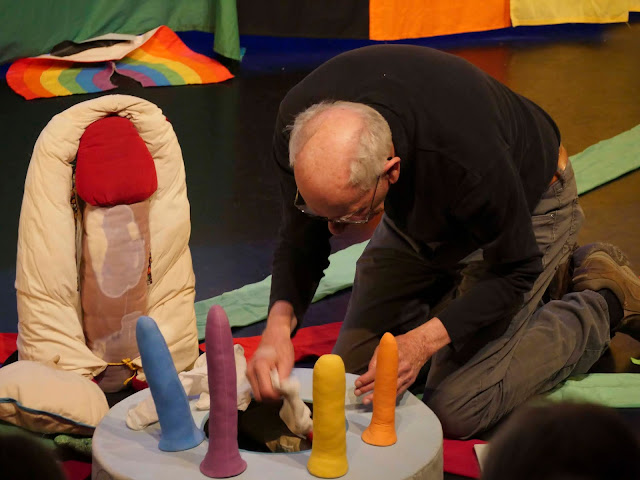 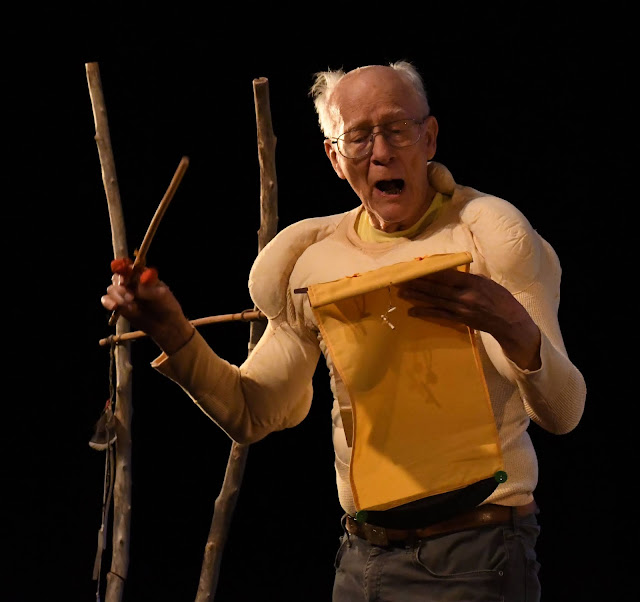 Larry Goodell in muscle shirt reading from the Ometeotl Trilogy.
Shirt and Photograph by Lenore Goodell. VSA, Albuquerque
Posted by 3 dimensional poetry at 8:37 PM No comments: