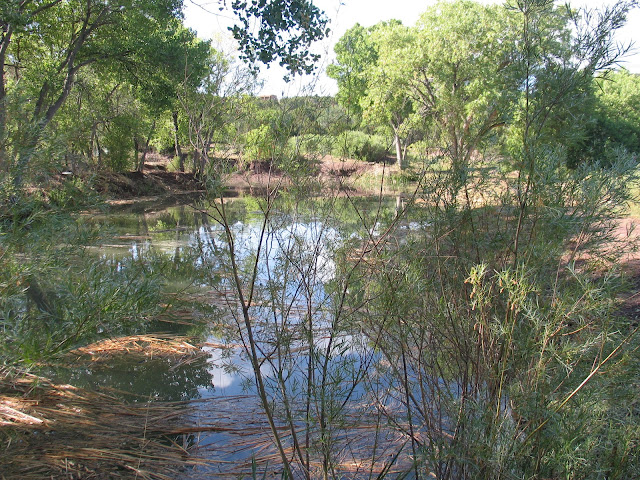 you can hear this read here

Thank you Fertile God.
Oh the gods of the ocean expanded
into the clouds for the garden gods
oh the garden gods the dancing gods of
the earth of the other earths
of the many earths of many
universes
all singing
from the mouths of the oceans
clouds and gardens
farms and forests
mouths of the singers
the birds and lions and panthers
and buffalos & wolves
and elephants and opera singers
and folksingers
and everybody in praise for the
good in the good days
the good in the bad days
the good ways in bad times
the everything that is, that we who can
work on better:
oh the great enjoyment begins at
any age
as old Fertile Gods you come up from
this Earth, as always you have and will
as the roaring goddesses and mindful
pleasures of the whole earth
manured, turned over, furrowed, planted
as we all sing out
in speech ways
in words of the language of all earths
all earths everywhere
we work for our food in precious ways
you give us
mindfulness is your dance
in the vibrating atoms, harmonious booming
with salsa backdrop as the tropics elate
the richness of orchids perfumed and night
of foreign moons
we visit on all Earths
we relate in our singing how
singing makes it work and work to play
and harvest
our voices in
the mantle of tropical heaven
here on Earth
as all heavens are only
here on earth.
We weave to be true
in the dance to you
oh Fertile God
of all the Earths
Thank you.

back of reading performance copy,
what the audience sees . . .


Note: this is basically a guide to me to get down the chronology of the development of my poems
which often have materialized (at time of writing) a picture of the thing which I then later had to make by hand in order to use in the presentation of the poem. I will add illustrations to this list as time goes by to remind me when I did various things other than reading from a poem to an audience.

✬A Bag for the 6 Directions, Nov67.
A one-liner on each of six cards, the cards placed in an empty room, one on each wall, floor & ceiling. Rodey Theater Reading 3 Nov67 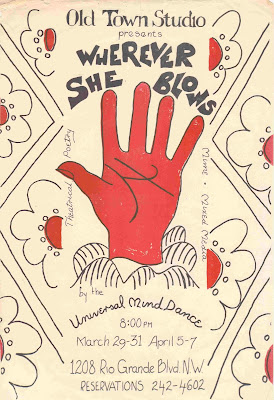 ✬Wherever She Blows at Old Town Studio March & April, 1968.
“Theatrical Poetry - Mime - Mixed Media” by the Universal Mind Dance.
At one point poems on paper torn apart as being read.


✬Making It 15May68, Larry Morris’ class, 68. stacked boxes with 7 different “definitions”
of poetry acted out by poet & audience

✬NWSE Up Down Center, Aug69-Nov70, UNM. collaboration of Lenore Goodell drawings set out on floor and poems by me as I moved around to the directions. published in Caterpillar 13.

✬Paho, Mar70. Poem with each line hanging from a string wound around paho, unwound and read as unwound. UNM

I am an animist.
✬Space Helmet headress poem, Jan71.
Hand movement to cunt-bush poem drawing.
Poem of pumpkin with pumpkin aura seen & drawn & turned into headdress to present the poem

✬Song, Arrow Cloth Poem to Lenore with beans & seeds in it.

✬Staff of Ometeotl
poems with elaborate cloth backings & hung on cottonwood
staves, with oval magic box-table with compartment of masks & needed items for specific poems in the series. 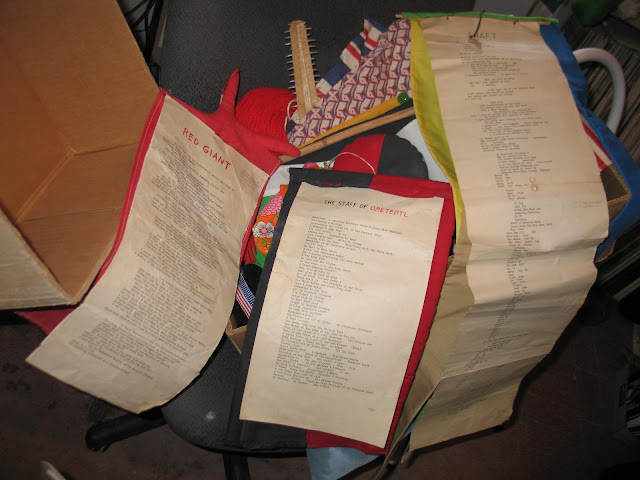 ✬Bowl of Ometeotl. even more elaborate with large hanging backdrop of cloth Sandias,
several costume changes and all poems on different shaped backing. Cloth arcs with stuffed yoni-lingam in the middle on floor.

✬Book of Ometeotl. attempt to return to the “book” with poems with furor necessary accouterments.

✬Mom Dass, 13Aug74. Poem with wig and dress and hand-held mirror with poem on back.

✬Dried Apricots, Dec74-Jan75. Several booklets, one a play, one secret only for men.

✬Clothesline with clothespins to hang and pin poems to for reading at an event reading.
Set of poems on large scrolls that are water colored on audience side with poem on reading side, hung from clothesline.

Poems cut out according to their shape on the page and appropriate designs water colored on back.