The Sentence Level Below

The secondary syllogistic sentence is toward the paragraph; the reader’s attention is not primary syllogistic logic or measure. Sentence for argument, sentence of or increased torque, poly-syllogistic semi/ambiguity of syllogistic movement is limited; movement is following sentences when paragraph organizes movement of the paragraph as a whole, or the total work. The limiting of movement length is a unit which keeps at or very between the preceding and close to structure which altered the level of unity of quantity language, that is, control most often at the sentence level or below.

thru the full-blown ego-farce of the 80's rolling like an ever dirtier snowball from Reagonoidia
i could only have some fun between spasms of growing hopelessness . . .

(note, as usual in my writing it's for reading aloud so any move from the margin
is a lift of voice . . . )
Posted by larry goodell at 2:41 PM No comments: 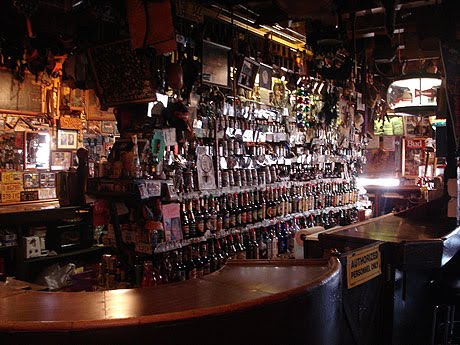 (after this piece gets bubbling there's just about every bar I can remember
plus a bunch just out of the blue, back in my drinking days . . .
but Silva's Saloon in Bernalillo, New Mexico, has got to be
the greatest "museum bar" in the Southwest, bar none . . . )


Absinthe fakes the hard on farther. Jack the Stripper. Casbah on
the Rio Grande. The Silver seduction in the Gold back room.
More than you bargained for, drunk, in the back of Frank & Phil's.
So many bars have come & gone so many bars have come & gone.
Dope shot up the curtains in the back room. Filling a block of four.
Filling the rental car up with unleaded before returning it at 7 AM.


American speech is an introduction to the trend of the world, which
reflects which reflects. I will create a bar. The Herbert Hoover Lounge, no
the Hoover Vacuum Cleaner Suck Off Spot, the Electrolux Excitement,
the Energetic Electric Indication, Silent Madness, The Magic Johnson Wax Museum,
the Hen's Come Back Bar, the Everything I Ever Wanted Bar, the Non-Bar Bar,
The Hedy Lamar Bar, the Office Bar, Smitty's, the Thunderbird, the
House of Ivy, the House of Malnutrition, the Answering Machine Bar,
The HIV Bar, Gino & Carlo's, El Rey, the Mineshaft, the Horseshoe,
the Green Lantern, Rulon's, the Trojan Horse, the Coyote Double-Yip,
Okies, El Monte's, the Mint, the Roundabout, the Skylark, Claude's,
the Raven, the Star-Buck Pleaser, the Blue Note, Birdland, the Haig,
the Violent Tributary, Peace Bar, Jack's, Rosa's Cantina, the Quarters,
Upside Downside, Max's Kansas City, Fat Chance, the Eclectic Vomitoria. 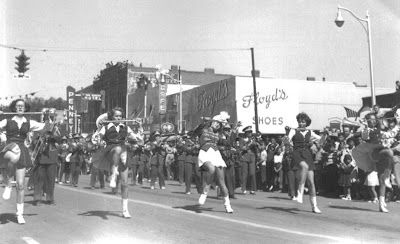 I give you Silk Stockings for Yr Empty Bars
I give you back Roswell with its empty Death Wish
I give you back what you brot me Lines with a Stick
a Bat out of Carlsbad a Bag of loose Cotton
a reaping raping raiding woman cursing with the Dry Plains
I give you a Letter the Letter Z
Z for Zones Z for Cattle Brands unknown
Z for my Home never found never wandering
A Ghost of the Lovely Host who ate his Solid Wafer
& blessed the Town to turn it back where its Hope was found once
when you let the newly found Artesian wells spill out their
Giant wealth to give it in again & take the People Hatred
Hiding in DeBremond Stadium where the Football games
pounded it in turn it in the Spring River come back
flowing flowing in all the ways of fuck again.

the invite for the opening of Greg Tucker's show 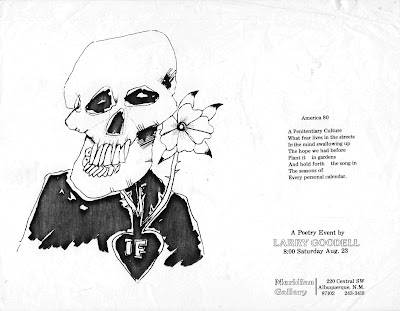 which included me reading this and other poems and Tom Guralnick, jazz artist, performing, August 1980, Albuquerque, New Mexico . . .
Posted by larry goodell at 9:09 PM No comments: 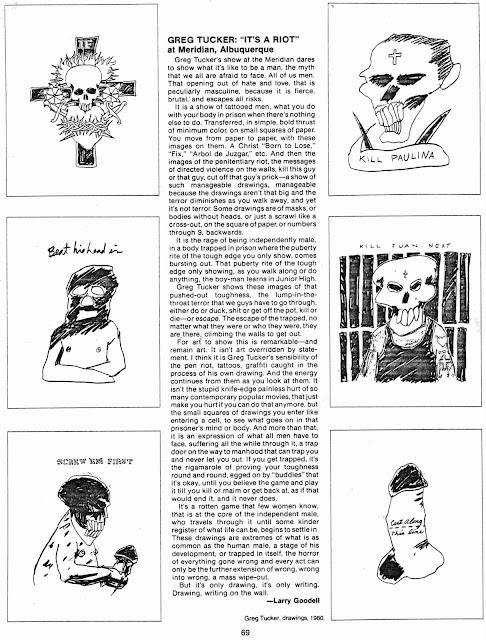 this appeared in Artspace Magazine, late 1980, in conjunction with Greg Tucker's show of post-prison riot drawings . . . a remarkable show.

Greg Tucker's show at the Meridian dares to show what it's like to be a man, the myth that we all are afraid to face. All of us men. That opening out of hate and love, that is peculiarly masculine, because it is fierce, brutal, and escapes all risks.


It is a show of tattooed men, what you do with your body in prison when there's nothing else to do. Transferred, in simple, bold thrust of minimum color, on small squares of paper. You move from paper to paper, with these images on them. A Christ "Born to Lose," "Fix," "Arbol de Juzgar," etc. And then the images of the penitentiary riot, the messages of directed violence on the walls, kill this guy or that guy, cut off that guy's prick—a show of such manageable drawings, manageable because the drawings aren't that big and the terror diminishes as you walk away, and yet it's not terror. Some drawings are of masks, or bodies without heads, or just a scrawl like a cross-out, on the square of paper, or numbers through 9, backwards.

Greg Tucker shows these images of that pushed-out toughness, the lump-in-the-throat terror that we guys have to go through, either do or duck, shit or get off the pot, kill or die—or escape. The escape of the trapped, no matter what they were or who they were, they are, there, climbing the walls to get out.

For art to show this is remarkable—and remain art. It isn't art overridden by statement. I think it is Greg Tucker's sensibility of the pen riot, tattoos, graffiti caught in the process of his own drawing. And the energy continues from them as you look at them. It isn't the stupid knife-edge painless hurt of so many contemporary popular movies, that just make you hurt if you can do that anymore, but the small squares of drawings you enter like entering a cell, to see what goes on in that prisoner's mind or body. And more than that, it is an expression of what all men have to face, suffering all the while through it, a trap door on the way to manhood that can trap you and never let you out. If you get trapped, it's the rigamarole of proving your toughness round and round, egged on by "buddies" that it's okay, until you believe the game and play it till you kill or maim or get back at, as if that would end it, and it never does.

It's a rotten game that few women know, that is at the core of the independent male, who travels through it until some kinder register of what life can be, begins to settle in. These drawings are extremes of what is as common as the human male, a stage of his development, or trapped in itself, the horror of everything gone wrong and every act can only be the further extension of wrong, wrong into wrong, a mass wipe-out.

But it's only drawing, it's only writing. Drawing, writing on the wall.

Posted by larry goodell at 9:59 PM No comments:

alive in the wail

pookyppopookee
STOPPER
& HE CDNT
STOPPER
(plug out the wrench)
WENCH
!
oldfashioned syndrome of loneliness
a bugger up the ass
Old
fortune
card up the
HEARING AID  ?

Direct me
Old-Fashioned Master
I
shd
upstage you all the time  ?

Mother
I doit
have
any teeth      youve
sucked
them
all
off!

Yr
lost
little girl.
I
period
come
back
again
period
WE
I say from the self-circumscribed circle
old bandit in Wolf drag
WE
codger drunk-dodger lickety split tap dancer
& herbert fondler
SINS-INSURED
WE
dig me
hard
WE
COME
BACK

Posted by Larry Goodell at 10:29 PM No comments: